How to Enrich Power BI with Pre-Built Sentiment Analysis Models 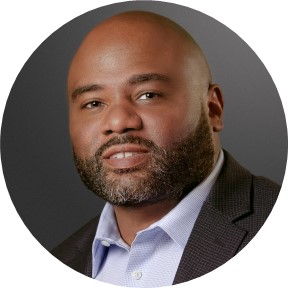 My colleague David Eldersveld recently wrote a blog post showing how to leverage a subset of Microsoft Cognitive Services in Power BI, via AI Insights. AI Insights allows you to detect the language and sentiment of text, extract key phrases from text, and tag images. As David pointed out, enhancing Power BI data models with AI Insights can be beneficial, but you must have Power BI Premium to take advantage of this added functionality.

Fortunately, you can still perform sentiment analysis for free without Power BI Premium if your organization is using SQL Server 2017 or higher. To do this, you will need to use a special stored procedure that leverages R or Python to access a pre-trained model to score your data. Like any stored procedure that returns a data set, it can then be used as a data source for your Power BI data model.

Benefits of the Pre-Built Sentiment Model

While not by any means an exhaustive list, the above gives you an idea of how this feature could be applied. There are also some technical benefits associated with SQL Server Machine Learning Services that your IT team might love, including:

Ready to see how it works? Let’s dive in with an example.

This example requires several installations on your instance of SQL server:

Both of these installations are freely available to the on-prem version of SQL Server 2017 and later. For more information on how to install these on your instance, reference this article for SQL Server Machine Learning Services and this article for pre-trained models.

For this example, we have used a data set of simulated comments that are warehoused in this GitHub repo.

We need to declare four variables for this stored procedure:  @RScript, @Query, @InputDFName, and @OutputDFName. Here is the T-SQL used to define the variables:

The @RScript variable will hold the R script that will do the scoring. The @Query variable holds the SQL statement representing the input data to be passed to the R script for scoring. The @InputDFName and @OutputDFName hold the names we will use for the input and output data frames, respectively in the R script. If we don’t specify names, the default names will be InputDataSet and OutputDataSet.

3. Set the values of the @Query and @RScript variables.

It is a simple SELECT statement that grabs the data from the [dbo].[ SentimentData] table needed for the R script. Next, we define the R code needed to score the data. Here is the code:

The script is only four lines long because the pre-trained model does the heavy lifting. In the above R script, the first line changes the text field in the dfInput data frame to a character data type. By default, R converts any character-based fields into a data type called a factor when creating data frames. Factor fields are used for categorical data.

Underneath the hood, the data is stored using a method similar to the dictionary encoding used in Microsoft’s tabular engine. Each unique element in the field is replaced with an integer that serves as an index, and a map is created that maps the index to the unique element it replaces. This technique is beneficial because integers are more efficient to work with and have a lower memory footprint than long strings.

Factors are good for data analysis, but not for the sentiment analysis we are doing. We need access to the actual text in the text field, and that is not easily done when the text field is stored as a factor. Converting the text field to a character data type alleviates this problem.

The next line (actually the next four, due to formatting) performs the sentiment analysis. The workhorse functions are the rxFeaturize() and getSentiment() RevoScaleR functions. RevoScaleR is a R package of R functions built to overcome many of the challenges of working with big data sets.

The rxFeaturize() function enables us to access data that has undergone a machine learning data transformation via MicrosoftML. It specifies the machine learning transformation that is being performed in the mlTransforms argument; which, in this example, is a getSentiment() transformation. The vars argument in getSentiment() is used to specify the fields in the dataset that we want to score. If you specify a named list, as we did in this example, then the name of each element in your list represents the name of the column that will hold the sentiment score, and the value represents the field you want to perform the sentiment on. Note: You can perform sentiment analysis on multiple fields at once. You just need to add an element to your named list using the method previously described.

4. Use the sp_execute_external_script special stored procedure to execute the R script.

@language is used to specify the language we are using

5. Use WITH RESULT SETS to define the output returned by the sp_execute_external_script.

We add the T-SQL code below to the end of our sp_execute_external_script:

This code is used to add data types and names to the output. Without this code, the resulting dataset will not have column names, and SQL Server will determine the data types. This can cause problems when fetching data from this stored procedure in Power BI. The WITH RESULTS SETS clause prevents this issue by allowing us to explicitly define the name and data type of each column.

Below is the entire T-SQL script needed to create the stored procedure:

After you execute the T-SQL script inside of SQL Server Management Studio, the [dbo].[getSentiments] stored procedure will be added to your data base. Open up Power BI then go to Get Data > SQL Server to get to the form that you will use to add the T-SQL code needed to execute the [dbo].[getSentiments] stored procedure. Below is a image of the form: 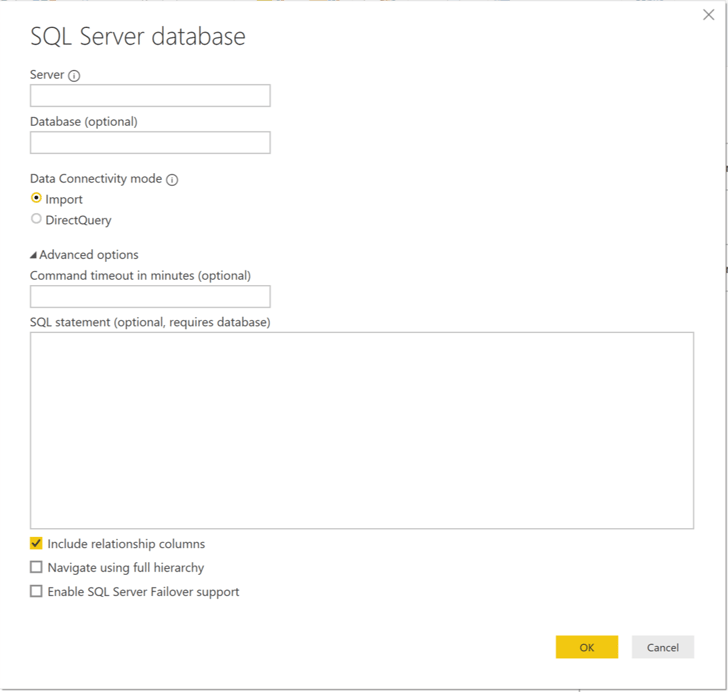 Configure the form by populating the Server text box with the server name, the Database text box with the database name, and be sure to expand the Advanced options to expose the SQL statement (optional, requires database) text box. Place the following T-SQL code in that textbox:

Click the OK button to execute the stored procedure and expose the output to Power BI. Here is what the output looks like in our example:

You can either add the resulting dataset to the data model as is, or you can make further transformations to the data using Power Query. In this example, an obvious transformation would be to create a categorical field based on the score field that labels each text as positive or negative. We can say that any score greater than or equal to 0.5 is positive, and any score less than 0.5 is negative. Feel free to use a different threshold as needed.

I hope you are half as excited as I am about leveraging SQL Server Machine Learning Services to enhance your Power BI data models. In this post we used R, but this GitHub Repo contains the information you need to do the same in Python. Be sure to subscribe to BlueGranite’s blog to get future blog posts written by the talented team at BlueGranite!

Ryan is a former Solution Consultant at BlueGranite. He is a data analytics professional that has an advanced understanding of R, Python, DAX, SQL, VBA, and M. He knows how to leverage those programming languages for on-prem and cloud-based data analytics solutions using the Microsoft Data Platform. He is also the author of the book Advanced Analytics in Power BI with R and Python (Apress Summer 2020).